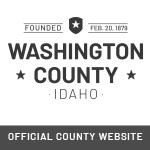 The county coroner plays an important role in law enforcement within the county. The Idaho Constitution established the office of county coroner, providing that it be filled by election every four years commencing in the general election in 1986 (Article 18, Section 6). However, because of the constitutional amendment (Article 18, Section 12) allowing optional forms of county government, the coroner may be appointed; have a different term of office, or the office may be eliminated as a separate office if voters choose to adopt a different form on county government (Title 31, Chapters 52-56, IC).

Office of the Coroner

The salary of the county coroner is set by the commissioners (31-3106), and currently there are no statutory limits on that salary. Coroners may appoint deputies (31-2809).

The coroner must make an immediate investigation to supply the necessary medical data and to certify the cause of death (39-260). In addition, the coroner or prosecuting attorney may order an autopsy performed by a pathologist, or they may get a toxicological report (19-4301(B)). If no next of kin can be found, and the body appears to be unclaimed, a the coroner must notify the public administrator within 24 hours of finding the body.

The most publicized function of the coroner is that of ascertaining the cause of violent deaths and of deaths that happen under suspicious circumstances (31-2801). The coroner must call upon the sheriff of the county or the police chief of the city (19-4301) to investigate if a death occurs:

If the coroner decides that an inquest is to be conducted, six persons who are qualified by law to serve as jurors are summonsed (19-4301 and 19-4302). They are sworn in by the coroner and inquire into the cause and circumstances of death. The coroner, the coroner’s jury, and the prosecuting attorney may order that the witnesses be subpoenaed (19-4303). After hearing the testimony of witnesses, the coroner’s jury must render its verdict as to who was killed and when, where and by what means (19-4305).

The coroner’s jury must also state in its verdict whether the deceased was killed by a criminal means, and who appears guilty (19-4305). If the jury finds that the deceased was killed by another person under circumstances not justifiable by law, or that the death was the result of an act of a person by criminal means, the coroner must issue an arrest warrant, unless the accused is already in custody (19-4308). The testimony of the witnesses examined before the coroner’s jury must be reduced to writing by the coroner or transcribed under his or her direction (19-4306). The transcription is filed in the office of the clerk of the district court (19-4306).

After any investigation, the coroner must make and file a written report of the material facts concerning the cause and manner of death in the office of the clerk of the district court. Copies of all records relating to every death for which further investigation might be advisable, must be promptly delivered by the coroner to the prosecuting attorney of each county having criminal jurisdiction over the case (19-04301 (D)).

When an inquest is conducted by the coroner and no other person takes charge of the body of the deceased, the coroner must see that the body is decently interred (31-3802). If the estate of the deceased is insufficient to pay the expenses of burial, these expenses are a legal charge against the county (31 2802). The coroner must deliver any money or other personal property found on the body to the county treasurer or the legal representative of the deceased (31-2803). If the coroner is a funeral director, embalmer, or person of similar occupation, he or she is prohibited from performing such services in cases which he or she has investigated. If the coroner is the only licensed funeral director or embalmer in the county, however, this provision of the law does not apply (31-2808).

Other Duties of the Coroner

The coroner is required to perform the duties of sheriff when the sheriff declares he is disqualified from acting due to a conflict of interest in a proceeding or matter, or if otherwise incapacitated (31-2806). If the office of sheriff is vacant due to the death, absence, or resignation, the senior deputy sheriff shall temporarily fill the vacancy until a sheriff is appointed or elected (31-2806).

If the office of coroner becomes vacant or the coroner is absent from the county, the duties of the office may be discharged by any district judge or someone assigned by the district court (31-2805). A coroner may also appoint deputies when necessary. The salaries of these deputies are set by the county commissioners (31-2809).